I’m listening to Neil Young, I gotta turn up the sound
Someone’s always yelling turn it down
Feel like I’m drifting
Drifting from scene to scene
I’m wondering what in the devil could it all possibly mean?

Blood on the tracks

De Amerikaanse singer-songwriter David Olney is zaterdagavond tijdens zijn optreden op 30A Songwriters Festival overleden. Muzikante Amy Rigby, die met Olney op het podium stond tijdens diens overlijden, schreef op Facebook:
“David Olney, a beautiful man, a legend, a songwriting poet died last night. I was sitting next to him in the round, had been so honored and looking forward to getting to trade songs with him and Scott Miller. Olney was in the middle of his third song when he stopped, apologized, and shut his eyes. He was very still, sitting upright with his guitar on, wearing the coolest hat and a beautiful rust suede jacket we laughed about because it was raining like hell outside the boathouse where we were playing- I just want the picture to be as graceful and dignified as it was, because it at first looked like he was just taking a moment.
“Scott Miller had the presence of mind to say we needed to revive him. Doctors in the audience and 30A folks were all working so hard to get him to come to. It’s hard to post about this because I can’t really believe he’s gone. I am so sorry for his wife and family and friends and all the people who loved him and his music. Even those who never heard of him. We all lost someone important last night."
Olney wordt vergeleken met onder meer Bob Dylan.
Gepost door Frits op 20:13 Geen opmerkingen:

Othello told Desdemona, “I’m cold, cover me with a blanket
By the way, what happened to that poison wine?”
She says, “I gave it to you, you drank it”
Poor boy, layin’ ’em straight—pickin’ up the cherries fallin’ off the plate

As we begin planning for our next phase at the TU Institute for Bob Dylan Studies (with some exciting announcements coming soon), we’d like to welcome four new board members to our team. Our board members play a key role in helping us shape our vision for the Institute and plan events, publications, digital media, and more.
The following members will be joining us, and we are grateful for the knowledge and advice they’ll undoubtedly impart:

Laura Tenschert is the host of Definitely Dylan, a weekly radio show about Bob Dylan and his cultural impact, on London’s Resonance FM. She completed her BA and MA in Comparative Literary Studies at Goldsmiths University of London. Her interests include the reception history of Dylan’s work, with a focus on how the discourse is shaped by the voices participating in the conversation. https://www.definitelydylan.com/

Robert Spoo earned his JD from the Yale Law School, where he was Executive Editor of the Yale Law Journal. After graduating, he served as law clerk for the Honorable Sonia Sotomayor, of the US Court of Appeals for the Second Circuit and practiced for several years with law firms in New York, Oklahoma, and San Francisco, providing litigation services and advice in the areas of copyrights, trademarks, and other intellectual property. As an attorney, Professor Spoo has represented authors, scholars, documentary filmmakers, record companies, and other creators and users of intellectual property.

Ann Powers is an American writer and pop music critic. She is a music critic for NPR and a contributor at the Los Angeles Times, where she was previously chief pop critic. She has also served as pop critic at The New York Times and an editor at The Village Voice. Powers is the author of Weird Like Us: My Bohemian America, a memoir; Good Booty: Love and Sex, Black & White, Body and Soul in American Music, on eroticism in American pop music; and Piece by Piece, co-authored with Tori Amos.

Anne-Marie Mai is a Danish author and professor of Danish literature at the Department of Literature, Culture and Media, University of Southern Denmark. In 2009, she became chairman of the Ministry of Culture’s research committee . Anne-Marie Mai has published numerous works on Danish poetry and literature. She is also author of the book, Bob Dylan the Poet. 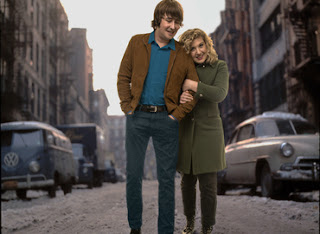 Here's the thing with me and the religious thing. This is the flat-out truth: I find the religiosity and philosophy in the music. I don't find it anywhere else. Songs like 'Let Me Rest on a Peaceful Mountain' or 'I Saw the Light'—that's my religion. I don't adhere to rabbis, preachers, evangelists, all of that. I've learned more from the songs than I've learned from any of this kind of entity. The songs are my lexicon. I believe the songs.

Tomorrow is never what it’s supposed to be